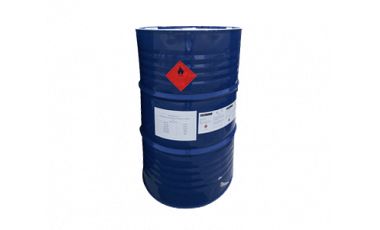 Toluene also known as toluol is an aromatic hydrocarbon. It is a colorless, water-insoluble liquid with the smell associated with paint thinners. It is a mono-substituted benzene derivative, consisting of a methyl group (CH₃) attached to a phenyl group. As such, its systematic IUPAC name is methylbenzene. Toluene is predominantly used as an industrial feedstock and a solvent.

In the laboratory, toluene is used as a solvent for carbon nanomaterials, including nanotubes and fullerenes, and it can also be used as a fullerene indicator. The color of the toluene solution of C60 is bright purple. Toluene is used as a cement for fine polystyrene kits (by dissolving and then fusing surfaces) as it can be applied very precisely by brush and contains none of the bulk of an adhesive. Toluene can be used to break open red blood cells in order to extract hemoglobin in biochemistry experiments. Toluene has also been used as a coolant for its good heat transfer capabilities in sodium cold traps used in nuclear reactor system loops. Toluene had also been used in the process of removing the cocaine from coca leaves in the production of Coca-Cola syrup.